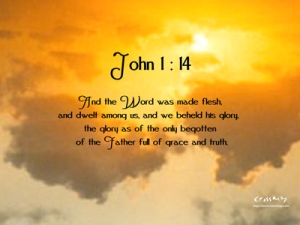 Then Pope Benedict XVI tweeted the below on February 17th:

“Lent is a favorable time in which to rediscover faith in God as the foundation of our lives and of the Church’s life.”

And there is nothing more fundamental to faith than faith in the Eucharist, the source and summit of Christian life.

The below is an excerpt from the Eucharistic Synod of 2004:

St. Augustine explains the Eucharist to neophytes on Easter night in the following manner: “You must be enlightened as to what you have received. Listen therefore briefly to what the Apostle says, or better, what Christ says through his Apostle, on the Sacrament of the Lord’s Body: ‘One bread, though many, we are one body.’ Behold, this is everything. Though I have spoken to you briefly, do not count the number of words but their weight instead!”[51] This sentence of the Apostle, according to the saintly Bishop of Hippo, is a summary of the mystery which they received.

From the Church’s very beginning, however, there are signs of resistence to this reality by those who preferred, instead, to close themselves off in a limited group of people (cf. 1 Cor 11:17-22). Because of its unifying power,[52] the Eucharist has always meant bringing persons together, overcoming barriers and leading people to a new unity in the Lord. The Eucharist is the Sacrament with which Christ unites us to himself in one Body and makes the Church holy.